Sometime after visiting Savannah and meeting Michele (@peach.miche, whose large format work is gorgeous, and has been featured on BOOOOOOOM), Michele left her job, bought a van, and started wandering around the country.

In August 2021, she arrived in Portland for a few days, and I tried my best to give her a memorable trip. 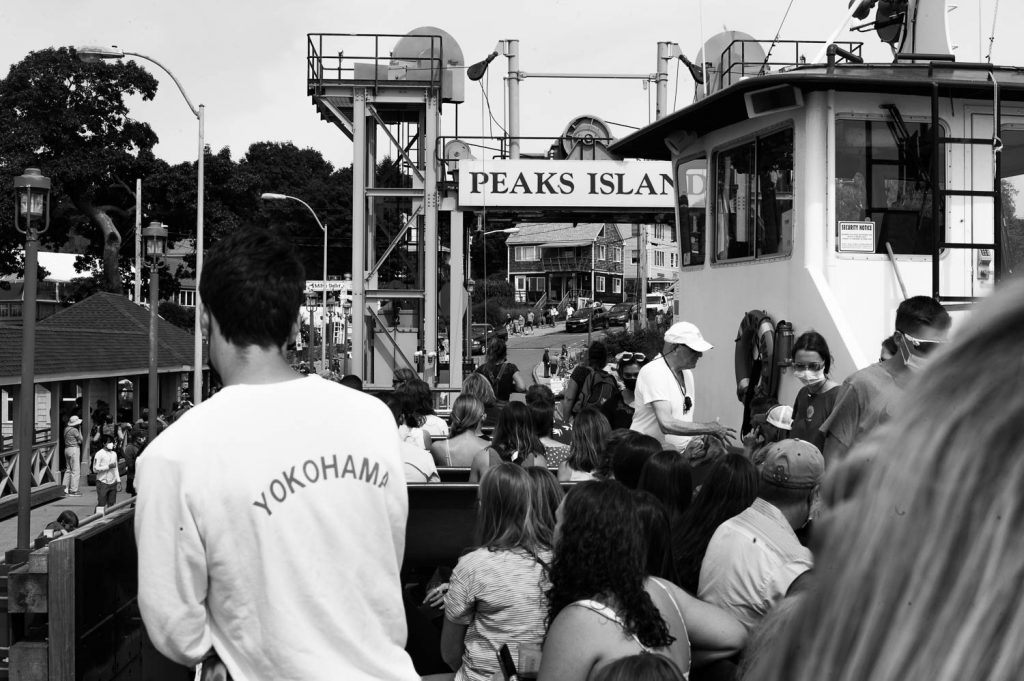 Since Michele eagerly snuck me into an abandoned factory in Savannah, I felt the least I could do to reciprocate was to bring her to Battery Steele, an abandoned bunker tucked out of the way, but open to the public. I took a Wednesday off from my job and we walked to the pier to make the trip to Peaks Island, a local island community off the coast of Portland where the abandoned military fortification is located.

The ferry to the islands was only a little over $7 for a round-trip ticket, but still in the midst of a global pandemic, even with our vaccinations, it was a little unnerving to see how busy it was with tourist traffic in Portland’s Old Port district. The line for the ferry was a lot longer than I expected, and packing onto a crowded ferry, even in the open breeze of the upper deck, had me on edge.

My nerves subsided a bit when we departed. I don’t have the opportunity to spend much time on the water, so riding a ferry is a fun treat for me. I tried to give Michele an ad-hoc tour as Portland’s skyline became clearer from the water and we neared Fort Gorges, and tried to get a few quick frames on the ferry of the passengers around me. 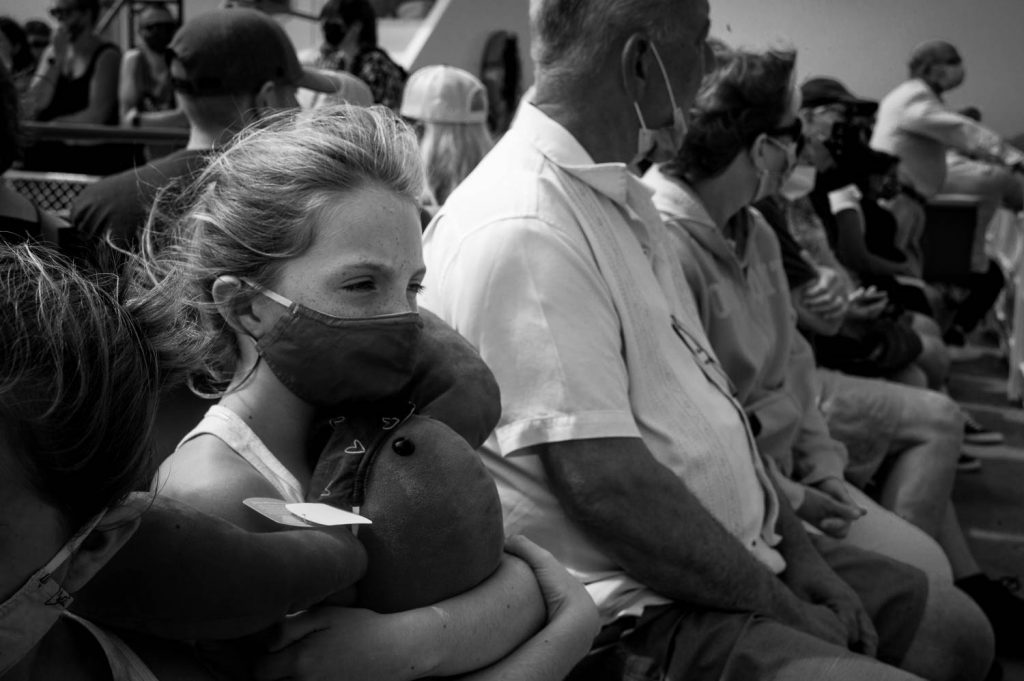 We sauntered off the ferry with the rest of the exiting passengers, then quickly cut through the crowd coalescing at the pier to get a little space from everyone else eagerly taking their masks off. I tried to give a general overview of the island (to the best of my ability, as someone generally clueless), and pointed out the direction to “The Battery,” as I’ve heard some friends refer to it.

We started our walk down the long, quiet road that cuts through the island. We occasionally had to move to the side of the road to make way for oncoming cars, but most of the traffic on the island is from bicycles and golf carts. Michele told me about some of the portrait projects she’s working on, and shared a few stories from the places she’s found herself on her travels. We turned off onto a dirt road and eventually saw the concrete structure ahead, a sign attached confirming that it was open to the public, but potentially dangerous. 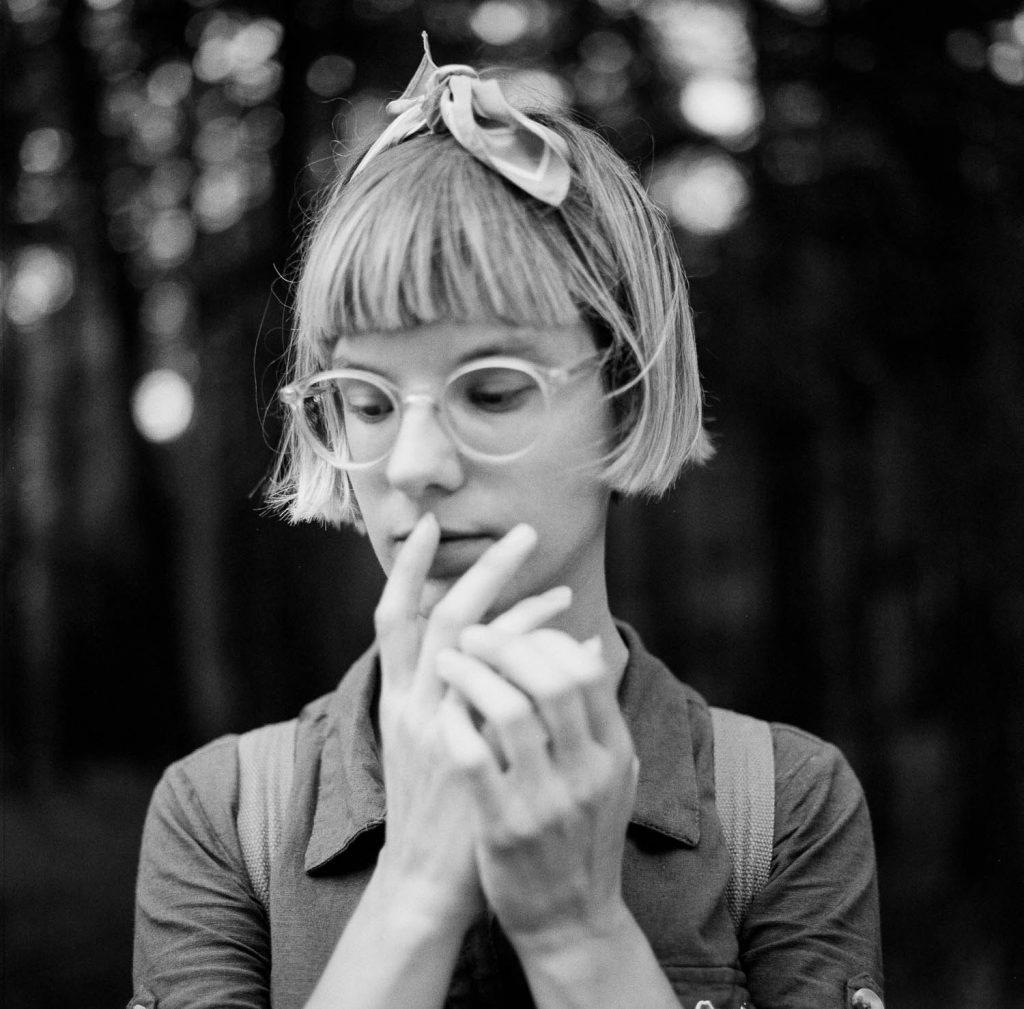 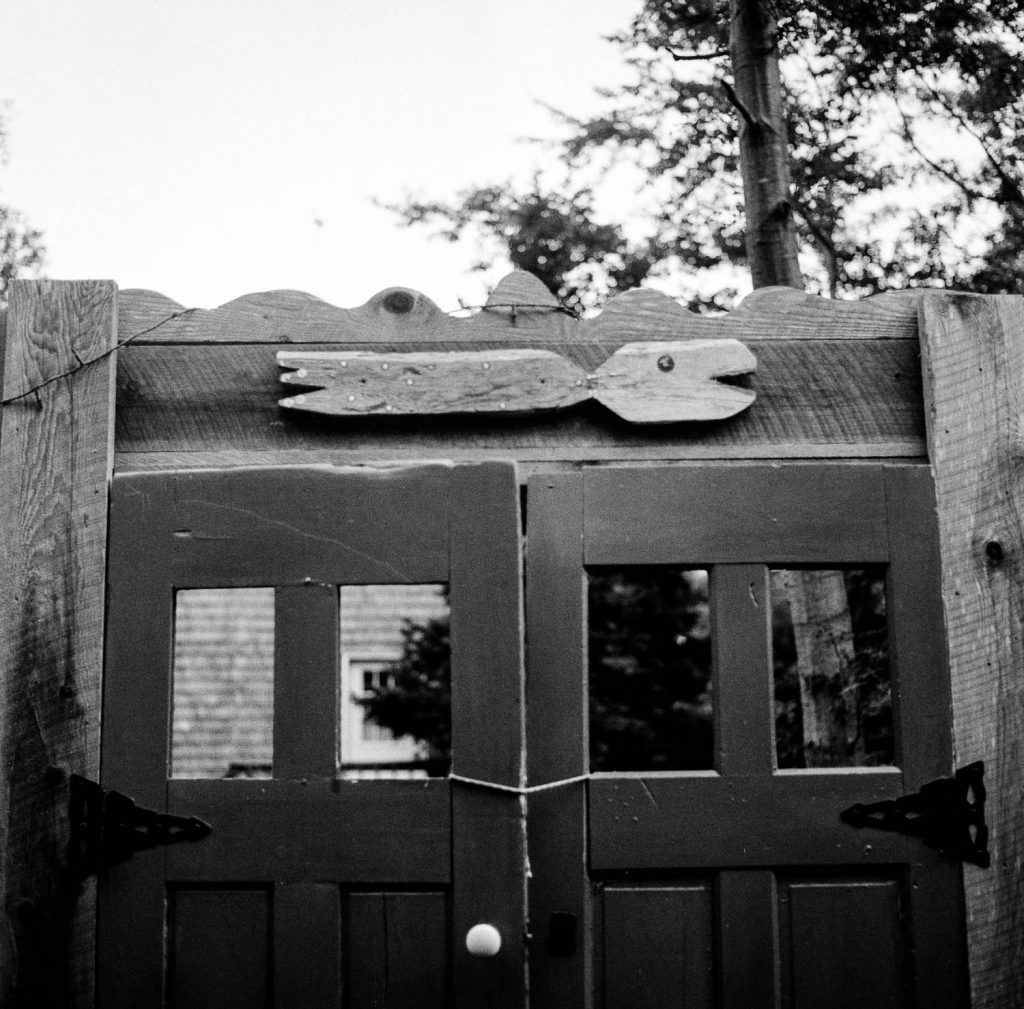 We walked in and the world around us immediately became quieter and colder, shut out by thick walls of concrete. As we eased our way in, the natural light quickly extinguished. Michele, thankfully, had a strong flashlight in her bag. I’ve always been in the, “My iPhone is all I need,” camp, and most of the time, that’s true. But in this moment, the LED on my phone failed to even illuminate the ground at my feet. Point noted.

When sunlight finally hit the walls at the other end of the tunnel, I took out my cameras and made a couple of photographs. Michele wandered on without me and eventually I heard my name being called from a direction I couldn’t quite pinpoint. Sure enough, Michele managed to find her way on top of the structure, and she took me up the hill to see the island from that vantage point, myself. 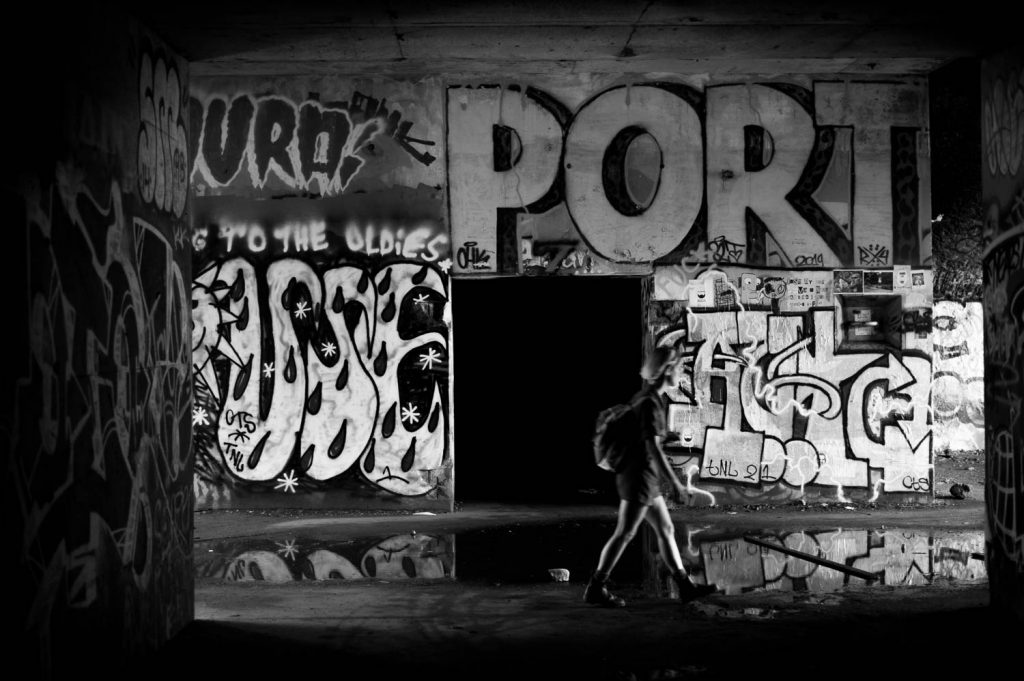 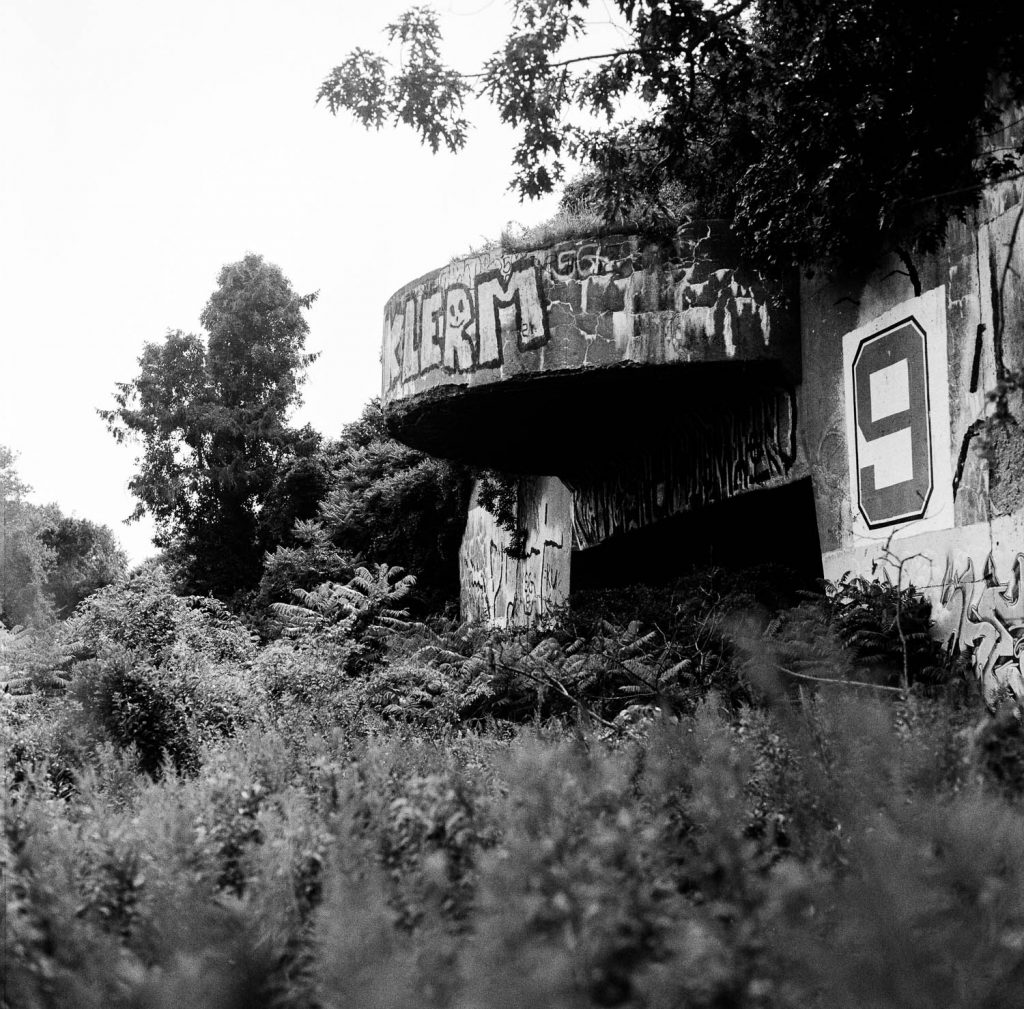 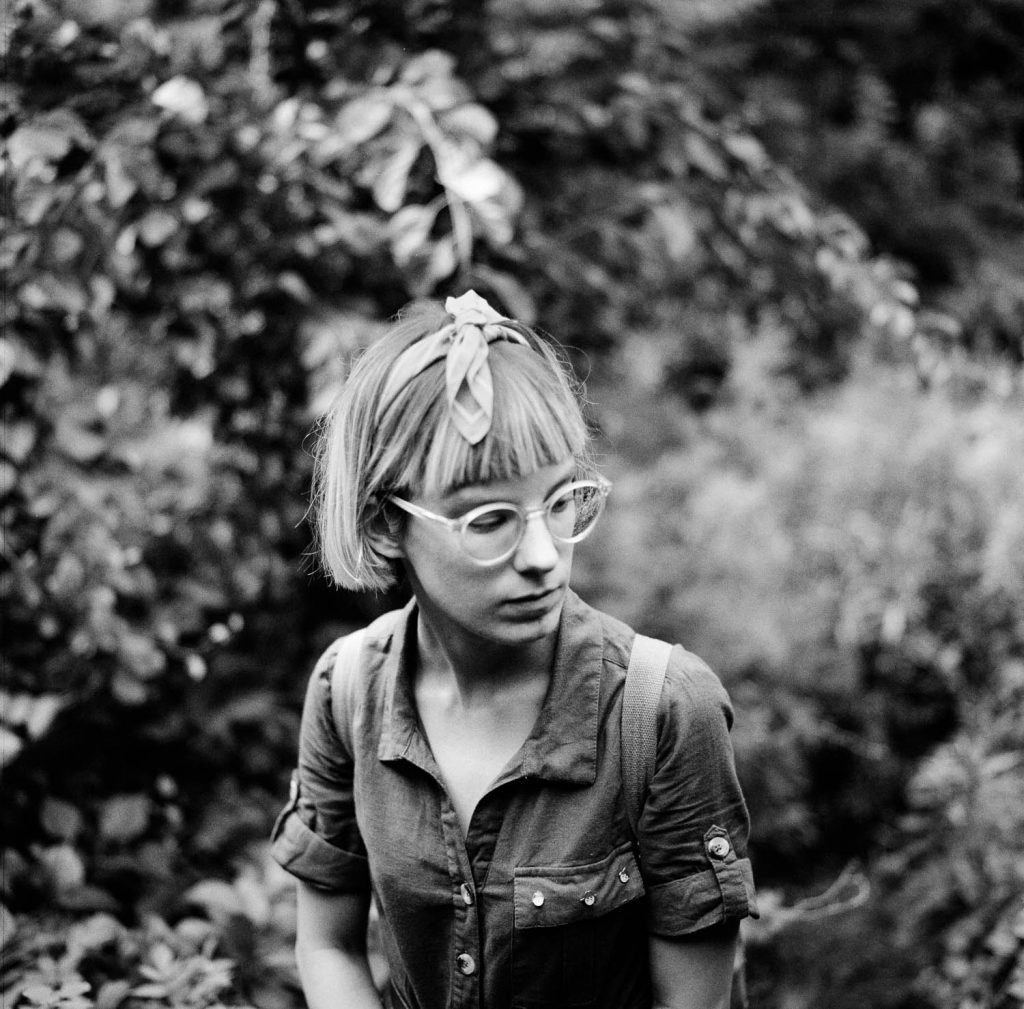 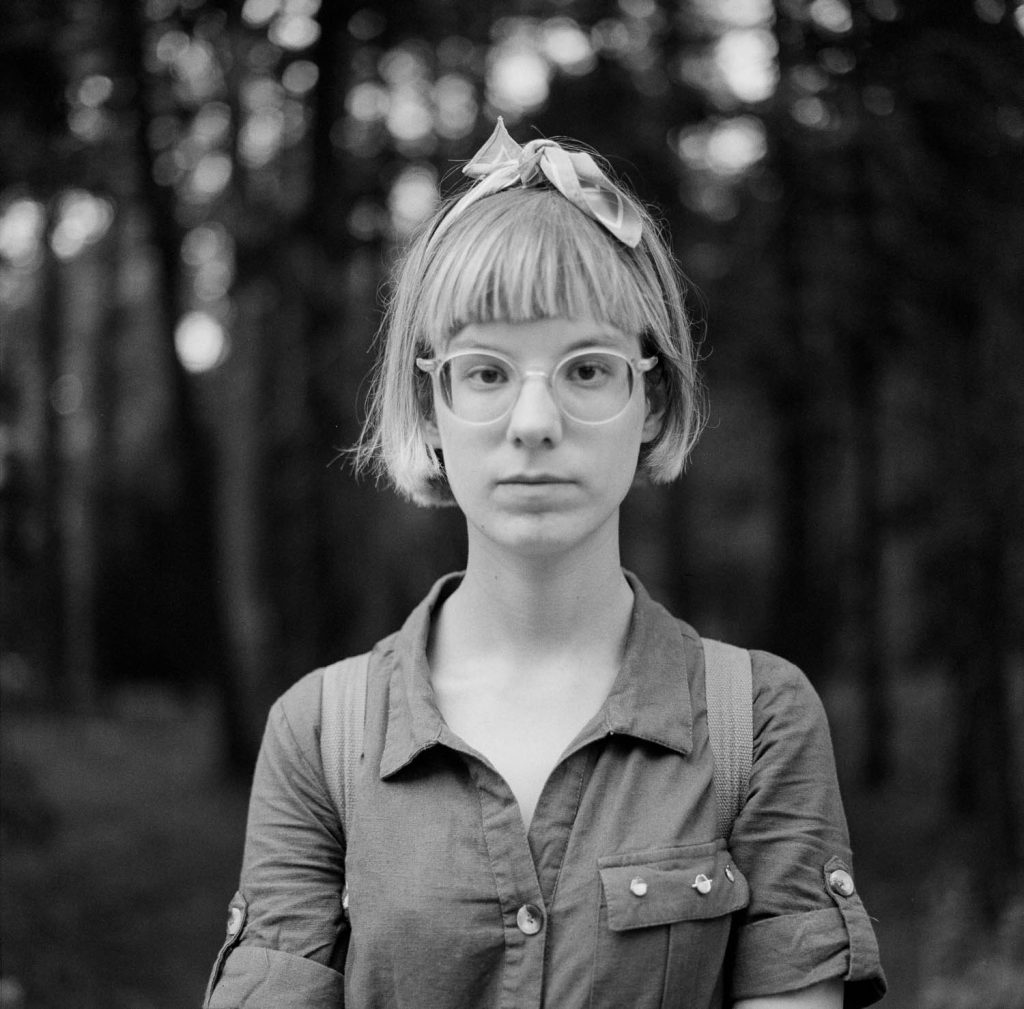 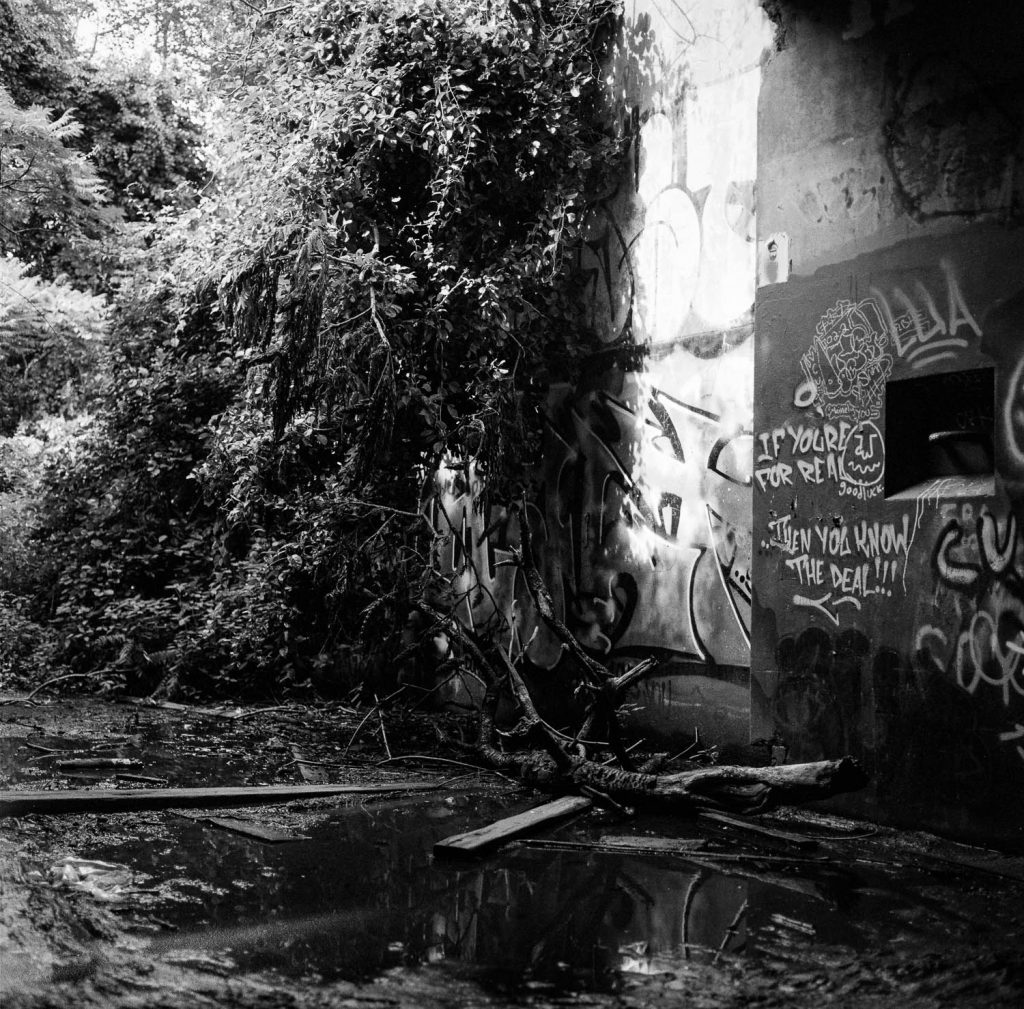 We moved past the Battery and continued on to the end of the island to the rocky shore. I’m a big fan of Perkins Cove in Ogunquit, but it’s a bit of a drive, and the parking is costly. I didn’t realize I was only a ferry ride away from a quiet, rocky beach which, while a little smaller in scale, was still wondrously enchanting. 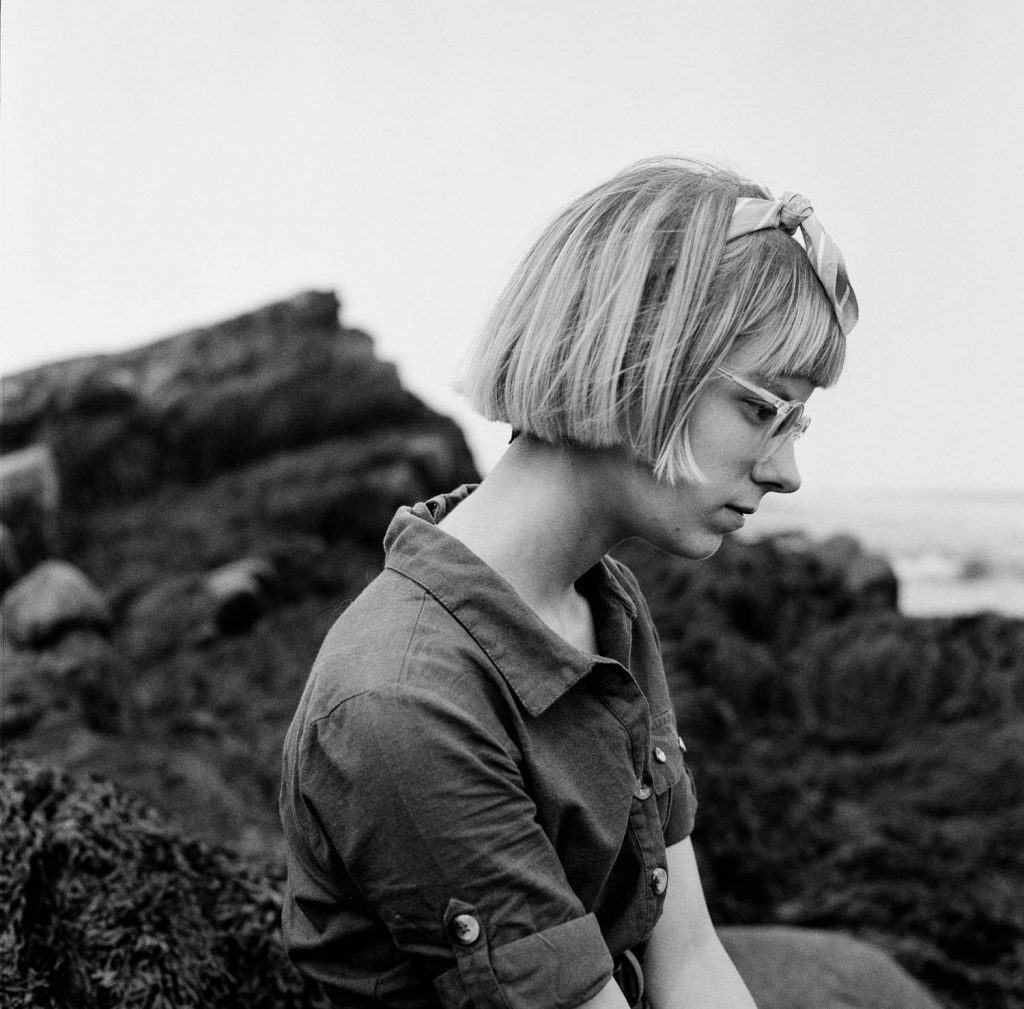 Thanks again to Michele for spending some time with me in Portland, and again, readers, it would be a disservice to not check out her work.

Images were made on a Leica M9 and Zeiss 50mm f/2 and Hasselblad 500C on Tri-X processed by Indie Film Lab. The picture below of the two of us together was made on the front-facing camera of an iPhone 12 Mini with portrait mode. 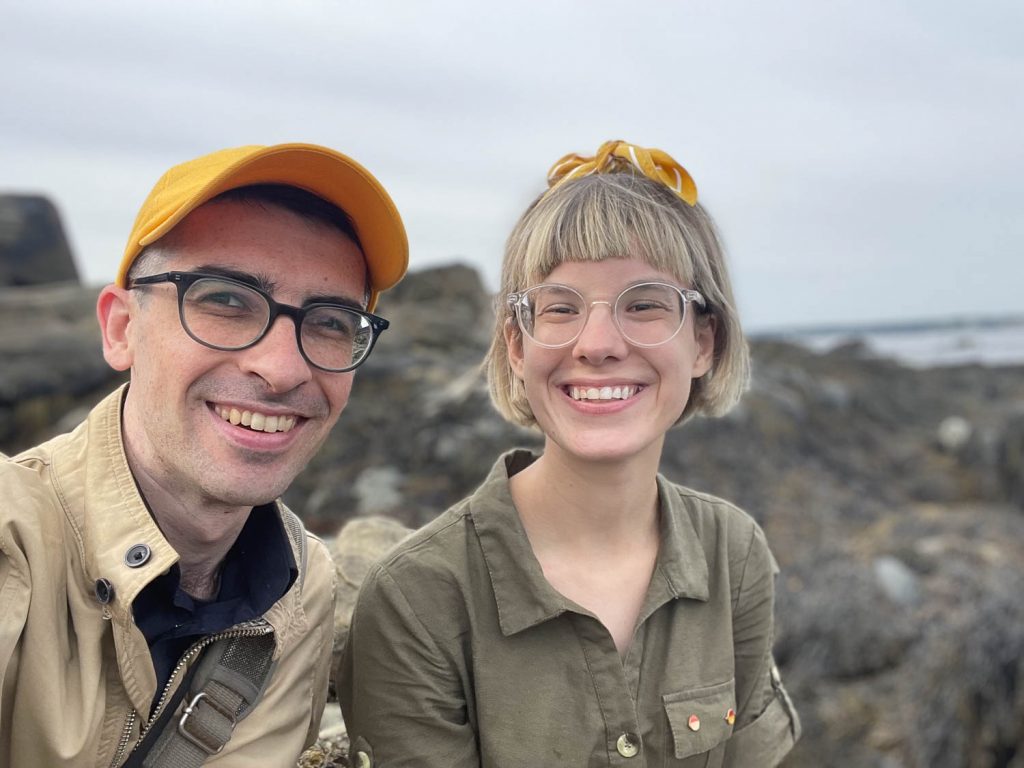 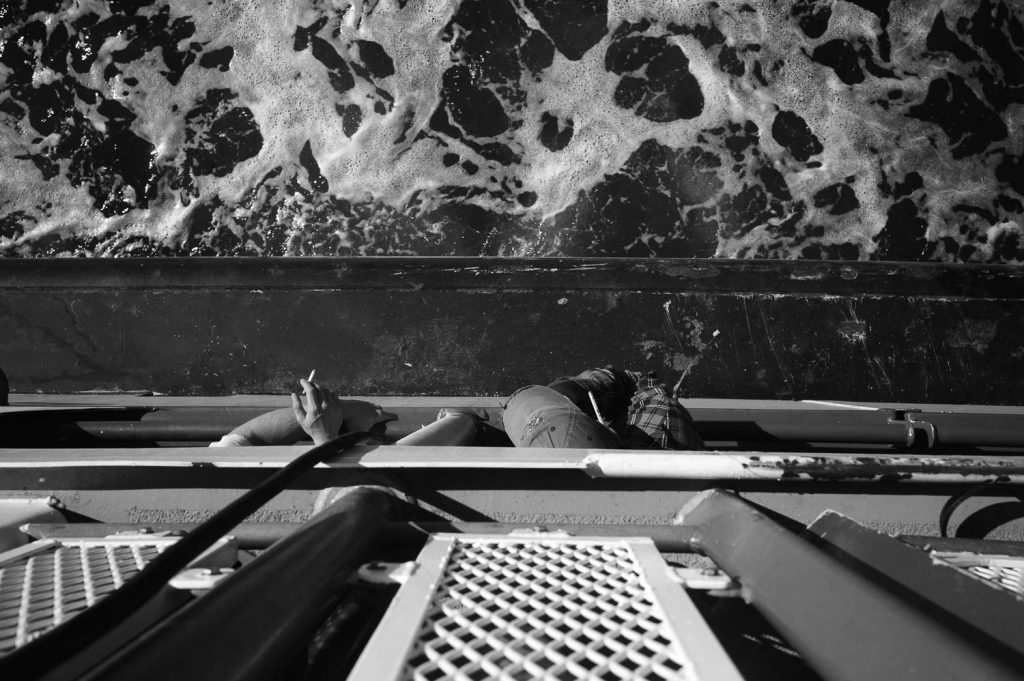 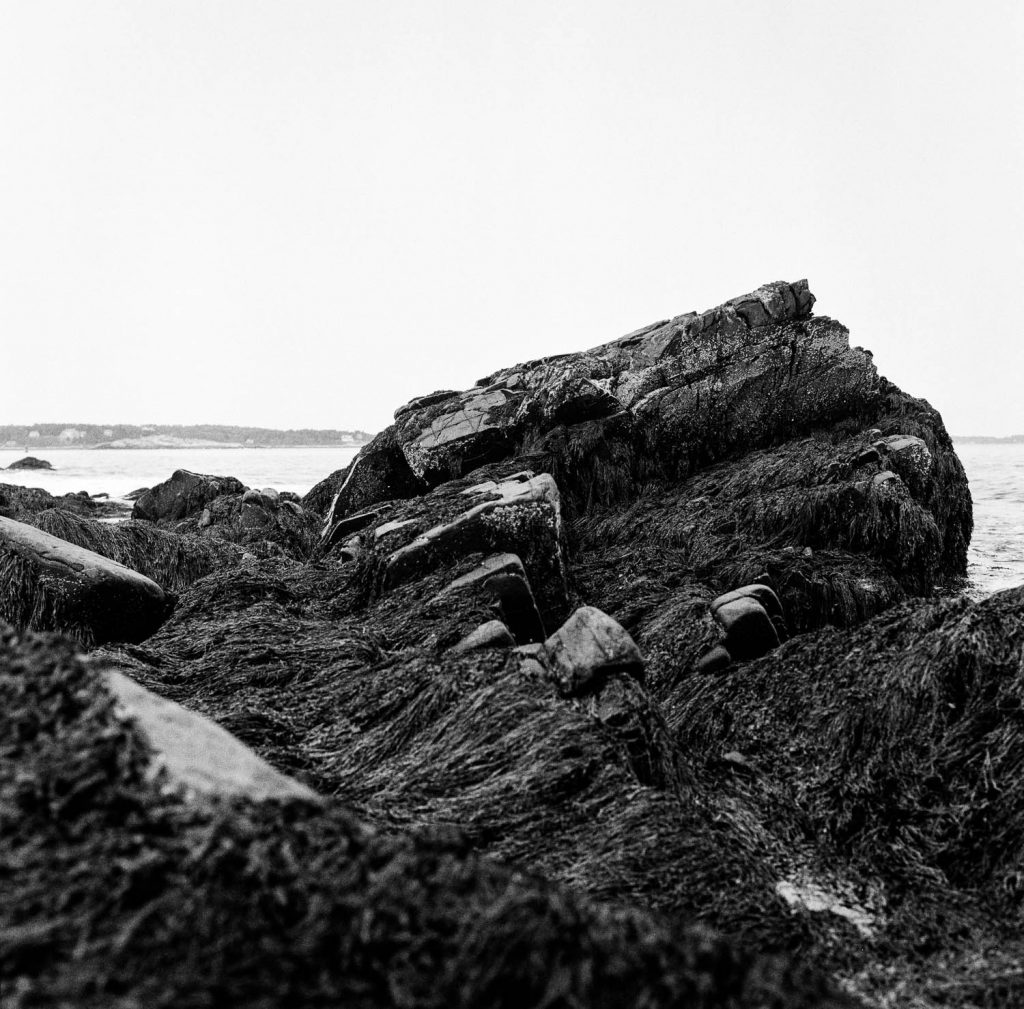 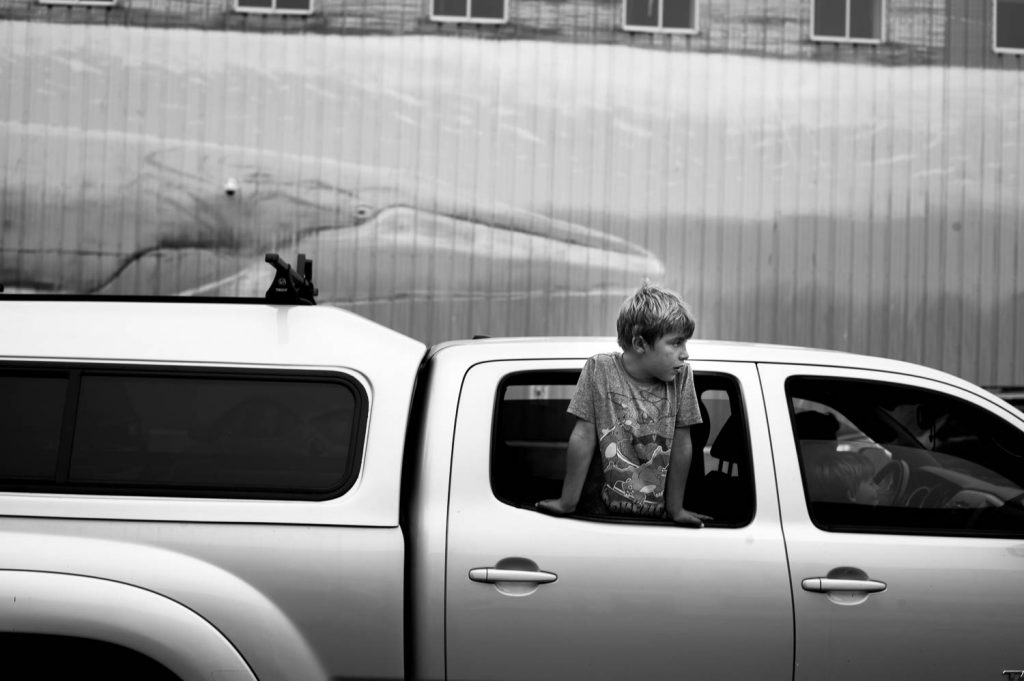